Scenery has always been one of the most important features in any DONTNOD Entertainment title – and Tell Me Why will be no exception! Set in the fictional village of Delos Crossing, Tell Me Why will offer players the chance to explore the sorts of sights that can only be found in rural southeastern Alaska.

In real life, many towns in this region of the world consist predominantly of indigenous communities. This means that places like Delos Crossing often reflect the cultures of the Alaskan Native communities that call them home: the Tlingit, Haida, Tsimshian, Eyak and many others.

To fully bring the setting of Delos Crossing to life, it was essential for the Tell Me Why team to commission artisans and designers from these communities – people who could bring their own cultural knowledge and decades of artistic experience to the game. When our team traveled to Hoonah, Alaska to better draw inspiration from the region, we met in person with local artisans and designers to learn more about them and their work. Among those we met with and later commissioned were Gordon Greenwald and Jeff Skaflestad, both members of the Huna Tlingit community.

It’s important to note that while players will see the Tlingit objects that appear throughout Delos Crossing as art, creators like Gordon and Jeff think differently of their works. Gordon noted that traditionally, “Tlingit artisans did not consider this work as art until the influences of the cash economy.”

Jeff offered a similar perspective, saying, “Tlingits do not have a word for art, at least not representing the Western concept of art. The Tlingit concept is so much deeper and more heartfelt. Tlingit art has a much deeper meaning to the members of the tribe than what Western art means to the general public. Tribal, clan, family and individual history is recorded through what Westerners call art. Tlingit art also records clan claims and rights, makes connections between the physical and spiritual worlds, and forms a conduit for the ancestors to bond and take part in ceremonies. It serves in the same way as ‘Cliff Notes’ do for Western students: as visual reminders to important stories and lineage history.”

One example of this is with totems. For generations, totems have been used by the Tlingit and other Alaskan Native tribes for a distinctive purpose. As Gordon explained, “The purpose of a totem is to tell a story or be a placeholder for our oral history. This is because we had no written language.” The process of creating a totem includes very strict protocols in terms of which designs and colors can be used – something that someone with limited knowledge of Tlingit culture would have no knowledge of.

Gordon designed two totems to appear in Tell Me Why, one of which is located outside Delos Crossing’s only grocery store.

In the case of this totem, Gordon designed it to indicate the store’s purpose. “The Vecchi Store Totem tells the story of many foods that our people would gather. From the bottom up, it shows a woman holding a woven basket with fish and seagull eggs, next is a shrimp, then two chitons (we call them gumboots), a sea urchin, a squid, and last is a wild strawberry plant with berries.”

Gordon also designed the mural on the side of the same store, which shows “a person holding a halibut and a crab, two favorite foods for our people.”

Tlingit designs can also represent personal identity within the broader community. Jeff created several examples of such pieces for Tell Me Why, which can be found throughout Delos Crossing in the homes and offices of Tlingit characters.

Jeff provided an explanation of Tlingit social structure, and how his pieces relate to them. “The Tlingit tribe is divided into two moieties: Raven and Eagle. In Tlingit society, you are one or the other until death. This is a matrilineal society, so you inherit from your mother the crests, history, privileges, songs, dances, etc. of her moiety. The Raven print and the Eagle drum represent the two moieties.” When one of these pieces is displayed in a Tlingit character’s home, then, it conveys important information about that character and their family bonds.

Among the Tlingit, these moieties are further separated into clans, which are the most important branch of Tlingit societal structure. Jeff said, “The Octopus print represents a crest that belongs to the Chookaneidí clan, which I am a member of. The octopus makes up an important part of Chookaneidí history, therefore, they took the octopus as one of their crests. The octopus was also favored by shamans due to the supernatural abilities of the animal.”

The Tell Me Why team partnered with Huna Heritage Foundation to inform many other aspects of the game, including atmospheric sounds, Tlingit-language spelling verification, and information on customs such as funerary rites. We’re excited to show the results of that partnership this summer as fans explore Delos Crossing to their hearts’ content!

If you’re interested in the designs featured here, some of Jeff Skaflestad’s work is available for purchase online at Dei L’e .aan.

Gordon Greenwald was the lead designer and carver of all cultural elements on Xunaa Shuká Hít (Huna Tribal House) in Glacier Bay National Park and Preserve. To learn more about his work, visit the organization’s website or Facebook album. 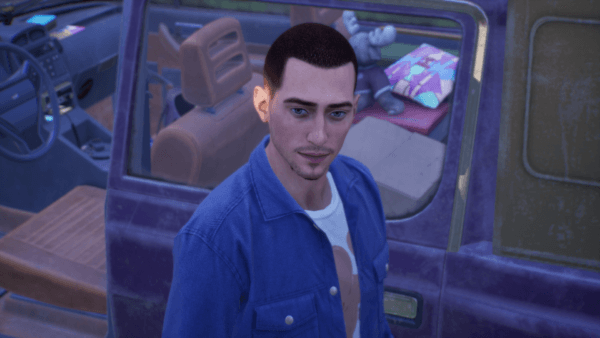 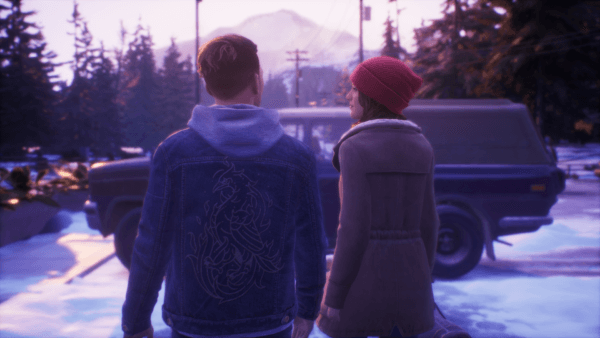 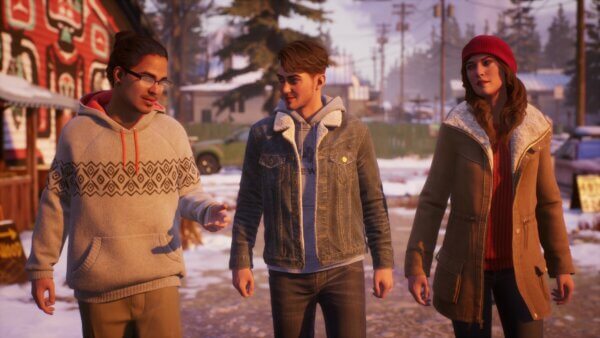